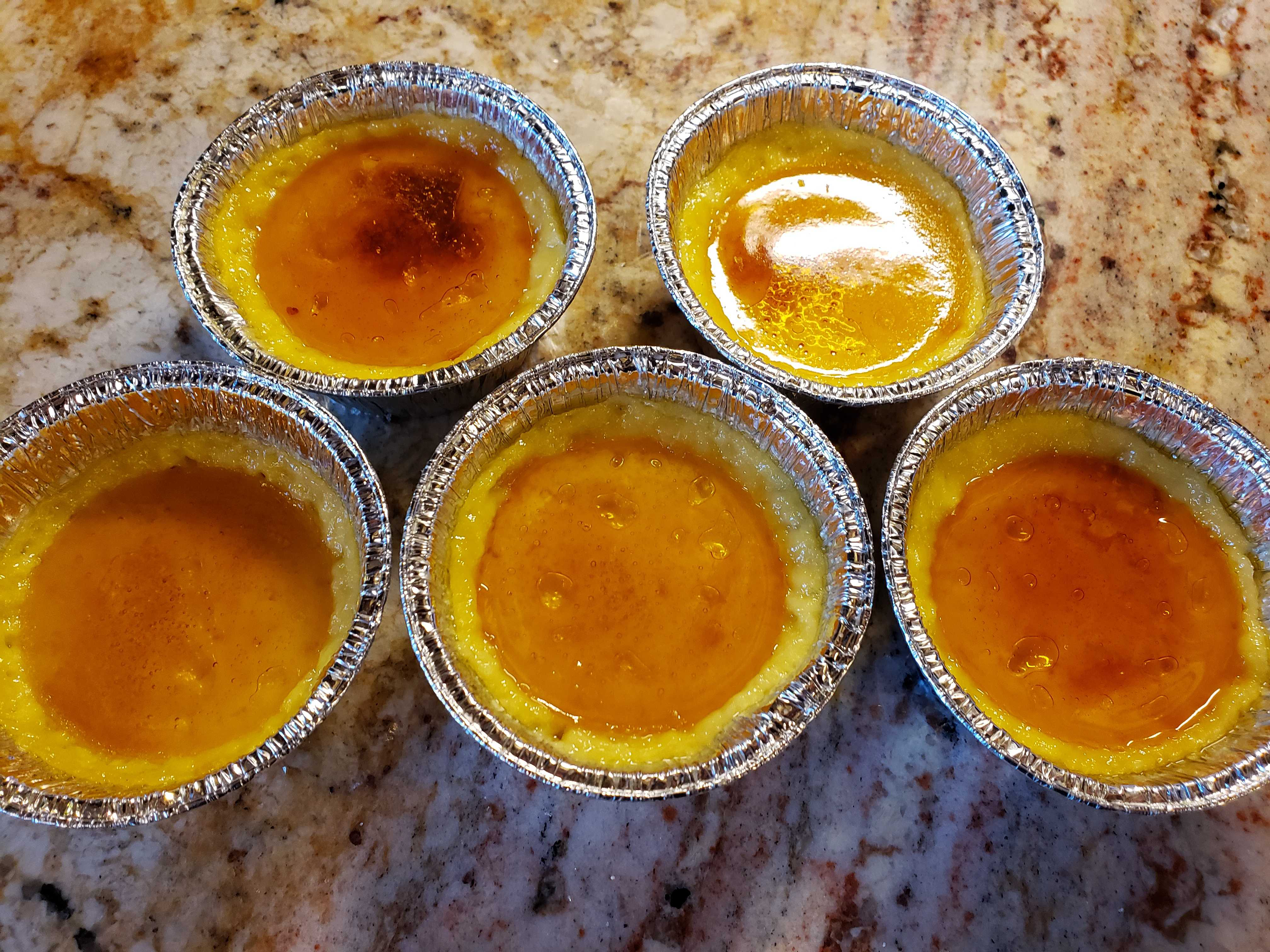 Have you tried the Custom Cooks feature on Brava? Once you get the hang of our preset recipe programs (that were developed by our Recipe & Development team), you can create your own recipes and share them with others on Brava’s Facebook Community.

This week at Brava HQ, our staff participated in a “Custom Cooks” competition in which the company developed eight new custom cooks recipes, including this one for Crème Brûlée. The R&D team voted it as the best recipe in terms of taste and recipe innovation. Cody Peterson, Quality Assurance & Content Systems Manager, explains below how he and his team developed the recipe and what it took to get it to succeed.

Here’s the link to the custom cook code: Crème Brûlée

Traditionally, crème brûlée is baked in a water bath at a low temperature in a conventional oven, then cooled in the fridge. Before serving, granulated sugar is caramelized on top of the custard with a blowtorch. This seemed a little too time intensive and difficult for normal people (like us at Brava).

We wanted to find a way to make impressive, high-quality crème brûlée in the Brava as quickly and easily as possible. After an entire weekend of testing (roughly 18 hours), we ended up with a very simple Custom Cook that only requires a 30 minute bake at 350°F with a single Pause step at 15 minutes to remove the caramelized sugar cups. It should be emphasized that this particular recipe was one that the R&D team did not believe was possible.

Instead, we ended up placing the custard in three disposable aluminum cups on the back of the metal tray and adding three disposable aluminum cups in the front, each filled with 1 teaspoon of sugar. In our final experiments, we found that the sugar actually caramelized during the 350°F bake — no searing needed. Sugar will caramelize at 340°F, which takes about 15 minutes to achieve in the 350°F chamber.

The recipe was intended to be made in aluminum cups, but we also tested baking the custards in ceramic ramekins (the sugar is still baked in the aluminum cups). However, there is one caveat. You will need to bake the sugar for the full 30 minutes instead of just 15 minutes.

Once cooked, the custards go into the fridge to chill and the caramelized sugar discs solidify at room temperature. Then, the discs are transferred on top of the custards and voila!